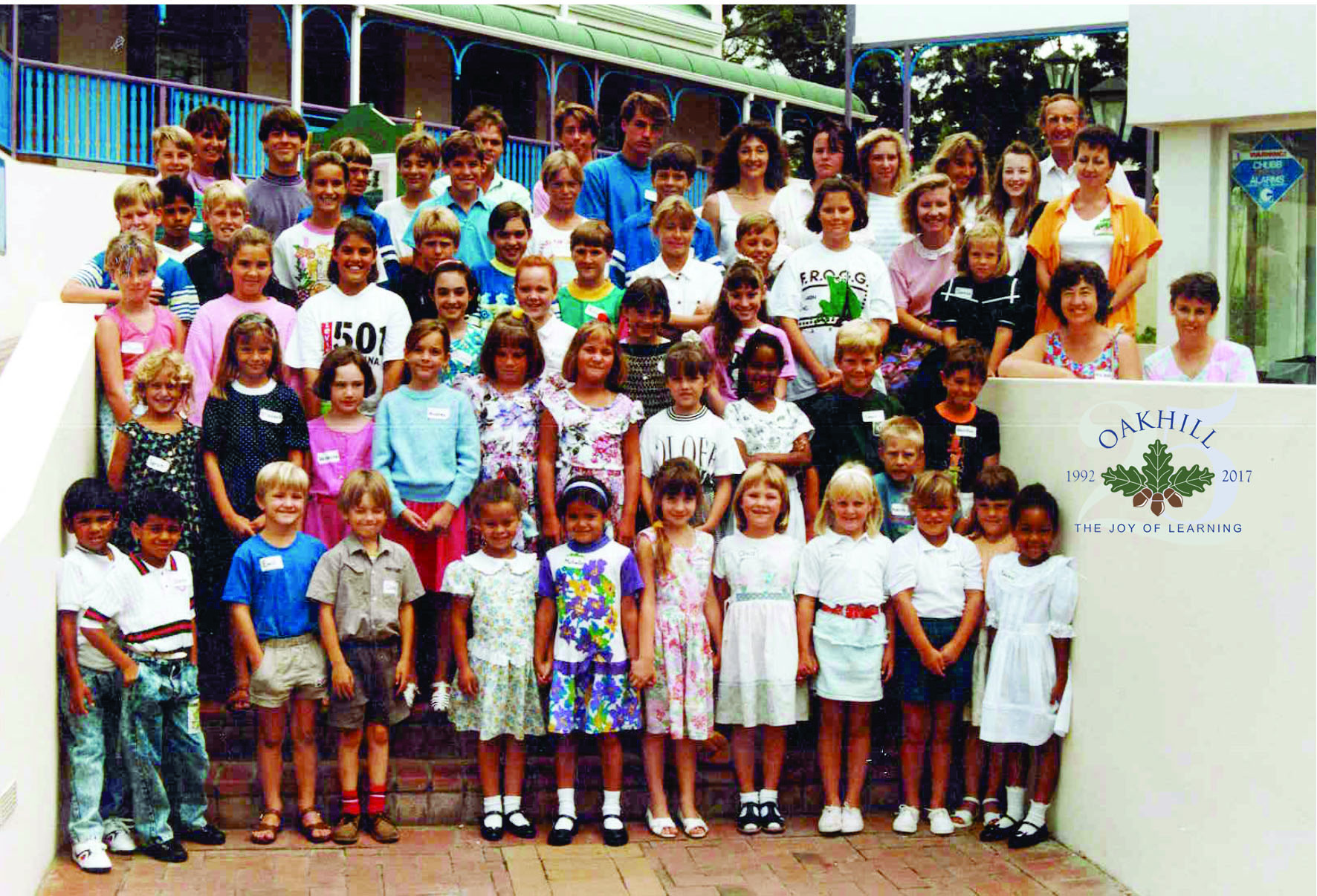 Oakhill School is celebrating, with immense gratitude, the journey from its roots in 1992 to its current harvest in 2017, as it turns 25 years old this week.

The school has much to be thankful for with a thriving pupil body and a flourishing academic school and sports campus. Celebrations will mark both the roots of the school with a return to Woodmill Lane by the learners, and the current fruition of 25 years of growth, with a special harvest picnic at the Oakhill sports campus.

Oakhill School grew from an idea sown in the early 1990s by pioneering parents who wanted a good education for their children. Sitting on the banks of the Knysna River they had the vision of establishing a school that expressed “joy in learning” and placed the child at the centre of an integrated curriculum.

With educationalist Allan Graham at the helm, teachers countrywide applied for posts and accepted appointments with no guarantees, save the dedication and enthusiasm of the head of school and these founding parents.

Back in 1992 the new school’s 54 pupils, ranging in age from six to 16, spent the first term of 1992 in a unit of the newly opened Woodmill Lane Mall. As stated in the press, then “Oakhill’s Founders Day was celebrated in public around the gazebo in Woodmill Lane on Saturday, February 29, 1992.

This fledgling school with just over 50 pupils bravely announced its birth to the people of Knysna and was officially opened by the mayor Chris Edwards. In April that year the school moved to its permanent location on the hillside above Knysna, sheltered by Oaks and with a view of the lagoon. The dream was realised.

Today Oakhill has around 500 pupils from Grade 000 to Grade 12 and is growing steadily in reputation and numbers, attracting children from local areas and from further afield. College pupils follow the Independent Examinations Board (IEB) syllabus which maintains national and international university entrance standards. Excellent academic results and glowing appraisals from external assessors confirm Oakhill’s progress.

It is fitting that 25 years later the pupils return to Woodmill Lane to acknowledge their founders and roots of goodwill in the Knysna community. A brief Founders Day celebration will be held at 12:30 on Tuesday, February 28 under the very same gazebo in Woodmill Lane, with centre owner Anouk Edwards and head of school Jannie de Villiers affirming this journey.

Oakhill is thrilled to have a few families already within the school that are second generation Old Oaks children, such as the Edwards family attending the school as did their mothers or fathers. Some of the children in the photo taken 25 years ago will hopefully also be there to share in the celebrations and recapture the moment.

This Saturday, February 25 a harvest celebration will also be held at the Oakhill sports campus from 13:00 to mark the journey from the very first seed sown on the river banks, to the opening at Woodmill Lane to the current growing campus.

One of the founder parents, Cecilia Ruthven, will be reflecting on the journey from those early days to the present and will be joined by other Oakhill founders, board members, pupils, parents and staff, past and current, to appreciate the growth.

A full afternoon of music, song, delicious food and drink will be available while everyone languidly enjoys the growth and development of the beautiful setting of the Oakhill sports campus, on 17 hectares of land on the Welbedacht Road.