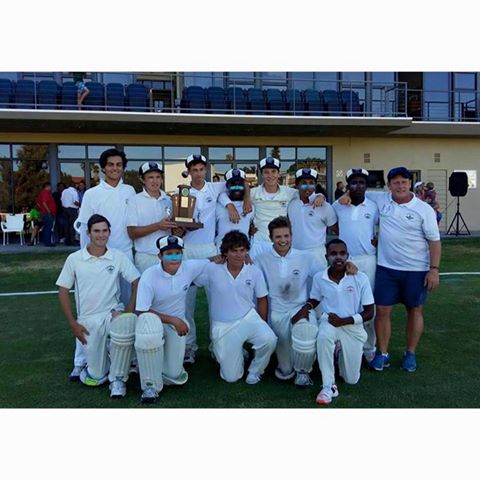 KNYSNA NEWS – Oakhill School from Knysna caused a major upset last Friday when they defeated Outeniqua by seven wickets to be crowned the SWD Schools Twenty/20 champions for 2015/16.

Oakhill, who is coached by former Dolphin and SWD fast bowler David Pryke, who won the trophy for the first time smartly, outmanoeuvred the favourites – Outeniqua – as the winning target was reached with 27 balls to spare and seven wickets in hand.
Outeniqua, who batted first, posted 132/6 in their allotted 20 overs with Armen Kidae (46*; 37 balls, 1×6; 3×4) the top runs scorer. In their run chase a seventy-one-run partnership for the third wicket between Sam Mvimbi (53; 50 balls, 5×4) and Scott Armstrong (33*; 38 balls, 2×4) paved the way for Oakhill to record a historic victory.
Oakhill (97 all out) qualified for the final after a 46 runs victory against Point High School (51 all out) in the first semifinals, while an opening partnership of 221 runs between Levin Muller (145) and JP Duvenage (92) enabled Outeniqua to post 251/2 before they dismissed Oakdale for 120 for a comprehensive 131 runs victory.
Oakhill will now lock horns with the winners of Western Province and Boland leagues to determine which school will be crowned Western Cape champions at the Cricket South Africa national schools T20 competition.
Final
Outeniqua High vs Oakhill School
Outeniqua High – 132/6: Arminn Kidae 46; Levin Muller 29; Athenkosi Kwitshana 3/20; Shaun Riley 2/16.
Oakhill School – 133/3: Samkelo Mvimbi 53; Scott Armstrong 33*.
Oakhill School won by seven wickets. 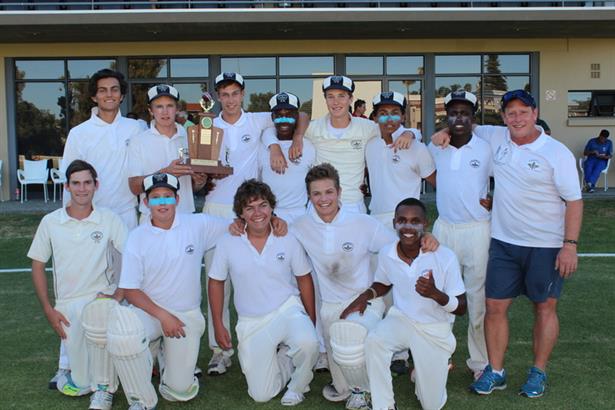