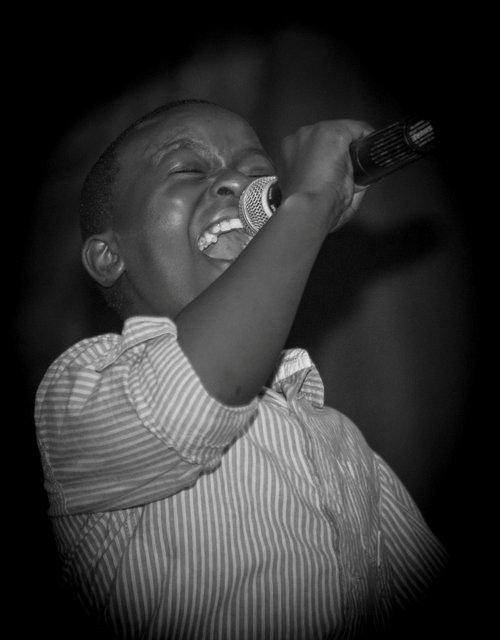 Luyolo Mvimbi featured in The Herald…  Below the article, are the links to The Herald and to the YouTube clip featuring Luyolo.  Watch this space for more news on this incredible young man… 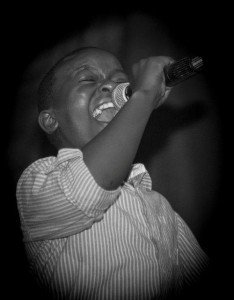 John Harvey
THERE was a time not so long ago when the mention of the words “opera singer” conjured images of three fat men belting out baritone odes to their mothers’ cooking.
Then came Welsh beauty Katherine Jenkins, a stunning blonde whose looks and talent could well have made her a goddess of the silver screen. She revolutionised the face – and body – of the genre.
Now this most classic of art forms is in the hands of persons entirely at odds with others of their age, 10 and 11-year-old wunderkinds whose grasp of the works of Verdi and Donizetti are as familiar to them as Justin Bieber is to their peers.
As with American prodigy Jackie Evancho, who was only 10 years old when she wowed US audiences on America’s Got Talent, South Africa is unearthing its own tween opera impresarios – arguably none more impressive than 11-year-old Knysna schoolboy Luyolo Mvimbi.
And given what has just befallen the Oakhill Primary Grade 5 pupil, a future collaboration with Evancho – who has since issued five albums, including a platinum and gold album and three Billboard 200 top 10 debuts – does not seem improbable at all.
Luyolo took a gold and two silver medals at the National Championship of Performing Arts in Rustenburg last month. This achievement earned him the right to attend the Los Angeles Camp for Performing Arts in July.
His winning entries included La Donna e Mobile (a staple of the late Luciano Pavarotti) and Josh Groban’s You Raise Me Up. “The judges [in Rustenburg] liked me, and that is why I am going to Los Angeles,” Luyolo said.
What is even more remarkable is that Luyolo managed to sing fluently in Italian within three months of his foray into the operatic domain, suggesting an ability that others can only dream to aspire to.
“I began singing in church when I was seven years old. My mom then told someone about me, and I started taking lessons,” Luyolo said.
A fan of opera as well as rock and gospel, Loyolo is keenly aware of the success Evancho has achieved in the US and said he would like to emulate that. “Yes, I would like to sing with her. She is a very good singer,” he said.
However, asked if he would have liked the opportunity to watch Justin Bieber in Cape Town last week, he was rather emphatic in his answer: “Nah”.
“I really like Beyonce though. I would like to see her in America, although I don’t know if there will be any concerts when I’m there.”
Luyolo, a keen drama student, also wants to cut a CD as soon as possible. “I would really like to do a rock CD and an opera one.”
Oakhill principal Shane Kidwell is understandably very proud of Luyolo’s achievements.
“Luyolo is incredibly talented and excels in our choir and also in drama. His family actually lived in Plettenberg Bay before moving to Knysna, and he comes from a very sporty family. He obviously was blessed with the artistic talents,” he said.
Kidwill also said: “He had a great voice before he came to us, but our fantastic music department has helped to facilitate his progress.
“Now he is going to Los Angeles, and if he is spotted there he could be living the Hollywood life one day.”
Click on this link to read the article published by The Herald…
Click on this link to view the YouTube clip…