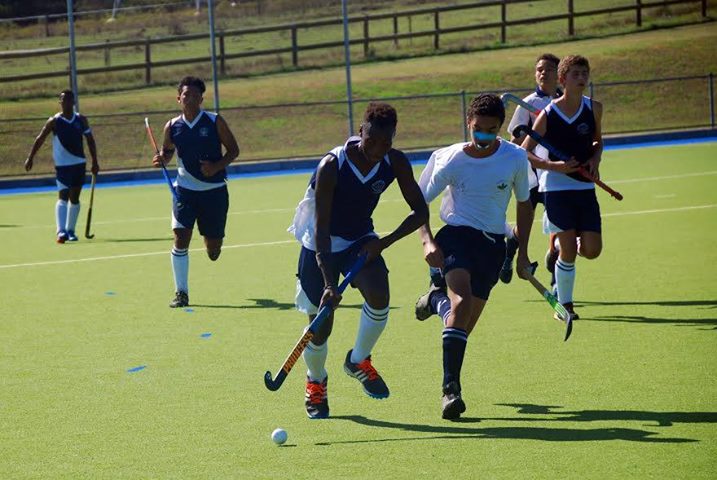 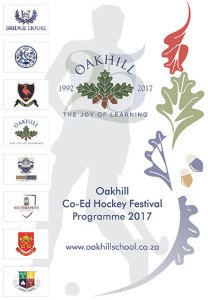 Oakhill School has once again welcomed several schools to the annual Oakhill Co-Ed Hockey Festival this past weekend from Thursday, 27 April to Sunday 30 April 2017. The Oakhill hockey festivals now in their 7th year are hosted at the Oakhill Sports Campus in Welbedacht on their world class, full size water-based hockey astroturf.

Says Oakhill College Sports Director, Brendan Keevey “There was a great vibe and energy to the hockey festival with some really good hockey played”.  He added that newcomers to the festival, Southdowns College from Johannesburg were a nice addition this year with their girls’ team winning the Sportsmanship award.  Dale College also brought a great spirit to the festival winning the Spirit award and as anticipated, played some really good hockey.  Individual accolades went to the top goal scorers at the festival, players from Oakhill College, Sam Mvimbi and Keagan McCarthy as joint top scorers amongst the boys’ teams and Kelly Dawkins and Charné de Wet who shared the highest number of goals scored amongst the girls’ teams.

Sam Mvimbi, Oakhill 1st Boys Hockey Captain already having represented South Africa internationally for SA U18 Schools Hockey, has played in the Oakhill Co-Ed Hockey Festival for 5 years now.  He shared that this year’s festival was slightly tougher in terms of their fixtures, however Oakhill College particularly enjoyed the challenge of Dale College returning.   He continued that he’s “extremely proud of the boys and would like to thank all the coaches and festival coordinator for making this possible”.

“This was the most memorable Oakhill Co-Ed Hockey Festival yet, with remarkable sportsmanship, camaraderie and hockey all round”, commented Oakhill 1st Girls Captain, Anna Reid.   When asked details of the weekend’s matches, she expanded “that there was a tough match against Reddam House where they managed to steal the win, but the final match against Collegiate was a magnificent event were Oakhill snuck in an early goal, leaving with a 1-0 win.  The level of hockey our team played this weekend makes me hugely enthused for the season ahead”.

At the closing ceremony festival players were offered words of encouragement from international hockey stars visiting the festival – a great privilege for all those attending!  Michelle Joubert, Coach with Southdowns College has recently been voted as FIH Women’s Umpire of the Year after umpiring at the Olympics and Lloyd Norris Jones, SA Men’s Hockey striker and International player currently coaching at Reddam House, were both an inspiration to these aspiring players.

Despite the exceptionally hot and dry conditions, most unusual for the hockey season, there was great hockey on display for spectators.  Oakhill always looks forward to these hockey festivals and building on them for the future but most importantly welcoming many visitors to Knysna to enjoy this fantastic game and all that the area has to offer!

See the full gallery of photos on Oakhill’s facebook page