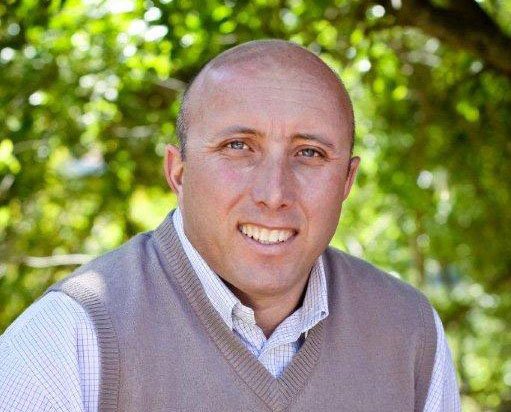 This term is nearly complete and it feels like it only started yesterday.  I have had the good fortune of being involved in the Grade 10 Odyssey and as I write this I am watching Group 3 cycle up the Homtini Pass.  These girls have grown unbelievably in the last 10 days, as have all the groups and I am humbled by the wonderful letters being sent home by these students.  They are starting to discover that they have vast reserves of energy and potential that they never knew they had.  They have also started to grapple with the young man or woman inside of them and this has begun a process of envisaging the person they would like to become.  The Odyssey is a wonderful journey of discovery and I have no doubt that many Moms and Dads have also discovered how they are feeling about their relationship with their sons and daughters as well.

So often we take things for granted but even more significantly we take each other for granted – in families, in communities, in schools and friendship circles.  I have had the good fortune of seeing young adults start realising that they cannot navigate their way through life successfully without the help of their friends and family.  Those dearest to you provide a wonderful reflection of who you really are and how significantly you interact with the world around you.

I would like to suggest that perhaps those of us who have started at Oakhill in the last 18 months, underestimate the amount of energy and time that has been devoted by a number of stakeholders in our community.  Like these young men and women on the Odyssey, our organisation is entering young adulthood after experiencing the tumultuous years of being a teenager.  Our school is starting to develop a wonderfully pleasing and dedicated rhythm, only because we have had the privilege of building on the sweat and tears of those who have gone before us as parents, teachers, students and Board members.  Young, inexperienced, and immature schools only become young adult schools after having experienced the scrapes and blisters of a long arduous and committed journey.  This journey is traditionally led by a Board of Governors and the Oakhill founders certainly gave of their time and energy in this process, but I want to comment on the fact that the steadying of the Oakhill ship started with Mike Maughan-Brown, as Board Chair and Hilton Stander as Headmaster.  This young school made good ground in these years but the current Board, led by Peter Wallington and Suzi Giliomee has had the vision to re-energise and focus our thoughts on excellence so that we can stand proudly next to any other independent school in the greater South Africa.

Our school is coming of age and we should not take for granted the time, energy and dedication of all involved over the last five years.  I would like to pay tribute to those who have been on the Oakhill Board since 2008: Anne Clarke; Tracy Boomer; Celia Andrews; Andy Cox; Craig Smith; Eric Watson; Guy Thesen; Jacky Kalani; Jon Salters; Laurent Belet; Peter Wallington; Steve Carver and Suzi Giliomee.

Peter Wallington has led this team and I feel that it is important to say that he has dedicated as much time to this growing organisation as a full-time staff member.  He has been instrumental in driving the strategy for the rejuvenation of the current campus, the excellence we see in the broad spectrum of our offering, the purchasing of land and the development of the new Art, Drama and Music centre.  2012 sees the culmination of this current Board’s strategy and it is incumbent on me to mention that they have worked tirelessly on behalf of all the parents at Oakhill, past present and future to ensure the sustainability of this great institution.  This has not come without difficulty and criticism or mistakes but I am humbled to have been asked to be at the forefront of their vision and determination to have a world class education institution for both Plett and Knysna.

I would like to remind you that you have voted this Board into existence and you have continued to support them in their endeavour to achieve excellence and on behalf of the whole Oakhill community I would like to thank each one of them for the extra time, energy and dedication they have given to our growing and developing young school.

Teddy Roosevelt once said: It is not the critic who counts; not the man who points out how the strong man stumbles, or where the doer of deeds could have done them better.  The credit belongs to the man in the arena, whose face is marred by dust and sweat and blood, who strives valiantly… who knows the great enthusiasms, the great devotions, who spends himself in a worthy cause; who at the best knows in the end the triumph of high achievement, and who at the worst, if he fails, at least fails while daring greatly, so that his place shall never be with those cold and timid souls who have never known victory or defeat.

Ladies and gentlemen, I can assure you, if any of you have any doubts, your Board certainly have faces which are ‘marred by dust’ because of their effort in the arena called Oakhill.  They have spent themselves on the worthy cause of our children’s future.  They have dared greatly, under trying circumstances but I can safely say that they have succeeded on your behalf and if you have not thanked them for this, or feel you have taken it for granted, I would encourage you to voice your approval for their resounding success by supporting them at the AGM on the 19th of March and more importantly by signing up for the funding document called OAKHILL SCHOOL: INTO THE FUTURE available on our Oakhill home page www.oakhillschool.co.za.

Oakhill stands on the cusp of the next great leap in its short history and I would encourage you to try and help us to write this next chapter as we move positively into the future.

I look forward to seeing you on the Monday the 19th of March in the School Hall.