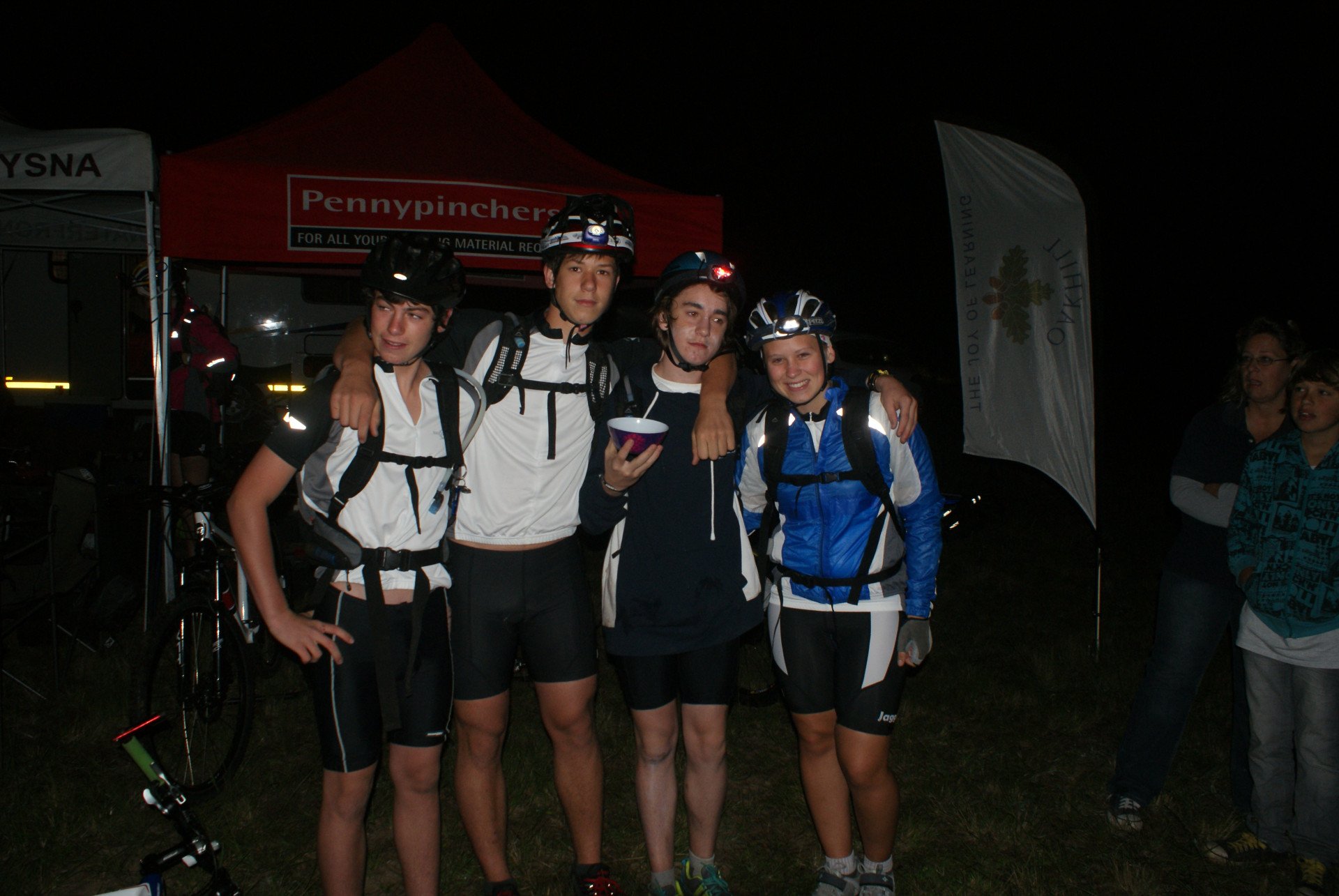 Four Oakhill teams took part in the Adventure Racing National Championships for Schools that was held in the Baynesfield area, KZN on 6 and 7 October 2011.

All 4 Oakhill teams raced very well in difficult conditions.  The teams showed great determination and endurance to finish the race.  We are very proud of the fact that all 4 Oakhill teams finished the race.  Race conditions were very tough with a temperature of 35 degrees and 75% humidity.  Out of the 35 teams competing at nationals, only 15 finished the race.  Hoërskool Helpmekaar from Johannesburg made a clean sweep at the event taking 1st and 2nd place in the u19 and u15 age groups.

Oakhill u19 -1 team (Harry Maarsingh, Nicola Giliomee, Brandon Willcocks, Nic Cuthbert ) surprised all their opponents by taking the lead early in the race.  They were the pace setters and was in the lead for almost the entire race.  A navigational error in the last 10kms caused them to lose their lead and they were overtaken by 2 other teams.  They managed to close the gap but had to settle for 3rd  place.  Their team also received an award for the best organised team.

Oakhill u15 – 1 team (Ben Giliomee, Anola Walk, Jason Campbell, Alex Fulford) unfortunately got lost within the first 45 minutes of the race and fell behind with 3 hours.  They showed great determination as they fought back to overcome the heat and a handful of punctures on the mountain bike leg.  They made up great time to finish in a well-deserved 8th place out of 12 teams.

Oakhill u19 – team 2 (Rosie Finn, Natascha Minnitt, Dru Fosbrook, Gabi Orzechowski) almost had an early end to their race as team member Gabi Orzechowski had a serious accident on the Mountain bike leg.  She went over her handle bars at a high speed and fell very hard.  This did not stop the team.  With smiles, enthusiasm and a couple of bruises they showed great character by overcoming the heat, punctures and cramps to finish in 9th place out of 13 teams.

Oakhill u15 – team 2 (Amy Williams, Josh Nel, Kevin Redman, Bram Thorpe) showed why Oakhill is regarded as one of the top Adventure Racing schools in South Africa.  They are led by the only girl in the team Amy Williams, a great achievement in itself.  The teams showed great commitment as they worked through the route and challenges.  They ran into trouble on the last mountain bike leg as 2 of their 4 bikes broke down.  Most teams would call it a day in this type of situation but not an Oakhill team.  They finished the mountain bike leg running while carrying the broken bikes and went on to do the last 3 challenges.  Their commitment paid of as they finished the race in a well-deserved 7th place out of 12 teams.

A big thank you to everyone involved in Adventure Racing at Oakhill: parents, coaches and learners – you all play a valuable roll and without you the sport will not be such a great success.