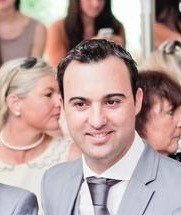 Michael matriculated in 1999. He was an excellent all round student, excelling academically and captain of virtually every sports team he played in.

After school he studied MCSE computer networking, then took a year off and travelled and worked in the UK doing menial work in factories and warehouses. He returned to South Africa and did a BCom degree at UCT, graduating in 2005. His passion was always investment and business and after seven years of working for Experian, a finance data provider in London, which is listed on the FTSE 100, he decided to go on his own.

Says Michael: “I learnt valuable lessons in the corporate world that could be applied to managing my own businesses successfully. My passion for investment started early and I invested all my savings from the time I started work at age 16. This provided a nest egg which I used to start on my own.

“I tried various business ideas before eventually teaming up with my girlfriend Alejandra Espinola, who is from Argentina, and a classmate from Oakhill, Andrew van Heerden, to start De La Tierra coffee in South Africa. My mother, a founder teacher at Oakhill, has 10% of the business.”

Today Michael also has various investment companies in the US and a consultancy company in London through which he is contracted to the Tri-Borough of the Royal Borough of Kensington and Chelsea, London Borough of Hammersmith and Fulham and the City of Westminster as the lead financer on two public procurements worth R1 billion each.

“I have never been scared to make mistakes and I learn from them and take responsibility for them,” says Michael. “I think this is key to my success so far. The principle of not blaming others for my own problems has helped me to rise and fall and rise again, much like a bull run in a stock market.

“I am a juggler; I like to have lots on the go all at once. It keeps life interesting and exciting. I believe that it doesn’t matter what you do in life, if you are really good at what you do, you are most likely to enjoy it and definitely most likely to be successful at it. Hard work and perseverance are behind success of any kind. I have found that the saying ‘it’s always darkness before the dawn’ is not just a cliché. Keep pushing at the point where you most want to give up because that last push will more than likely be the difference between success and failure.”

Michael believes that Oakhill taught him to challenge the status quo and to be who he wanted to be. “Critical thinking and problem solving are my two strongest attributes and at least some of this was developed by Peter Bishop over six years of maths lessons, bus trips and sports tours.

“Oakhill is very dear to my heart. I was a founder pupil and my mom a founder teacher. We helped to start the school in the offices above a coffee shop in Woodmill Lane Shopping Centre. Oakhill gives people like me who dream of building something, an opportunity to do so; it encourages an entrepreneurial spirit.

“In my day Oakhill was very different to other schools. It was non-conformist in a very conservative society. It taught self-discipline, critical thinking and problem solving. These are skills that I believe are vital for succeeding as an entrepreneur. Robots will soon be doing all the menial and low skilled jobs and, if you do not have other valuable skills, you will be left behind.

“I am happy to see Oakhill growing from strength to strength and especially happy to see that it finally has top quality sporting facilities.” 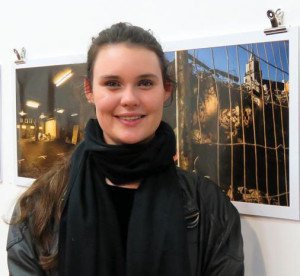 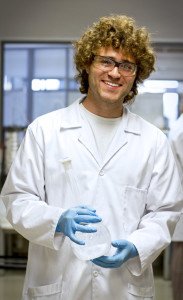