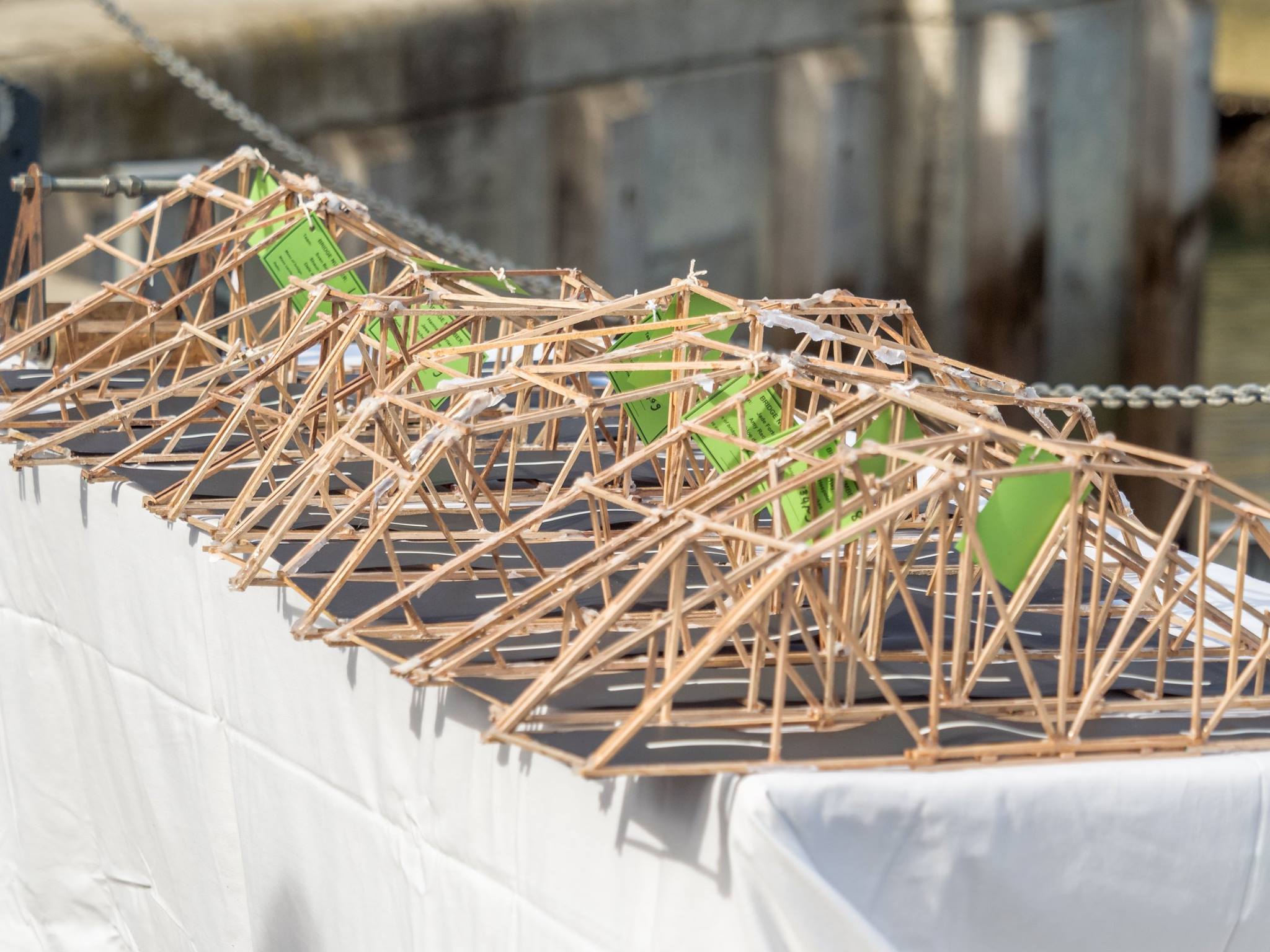 The time of the Bridge Building Competition is upon us again! Organized by the South African Institution of Civil Engineering (SAICE), this annual competition involves around 600 schools countrywide and in neighbouring countries. Oakhill has participated in the competition since 2014, and every year since then it has proved be a highly enjoyed and supported event within the school.

On Thursday 11 May, Oakhill students participated in their internal Bridge Building competition, held at Oakhill School. Students from Grades Nine to Twelve were given six hours to design and build their own unique bridge, complying with the given specifications. Each team was given the exact same materials, amounts of glue and wooden sticks. Eleven teams of three students each competed, totalling an involvement of 33 students, of which 14 were girls and 19 were boys.  One team was not able to complete their bridge on time.

The following day, Friday 12 of May, the Bridge Breaking Competition took place at the Knysna Waterfront. School ended early that day and the entire College walked down to watch and cheer on their fellow peers while their bridges were put to the test. Mass pieces were loaded onto the bridges until they broke, and the bridge that carried the most weight compared to its mass, was crowned winner within Oakhill School, with the opportunity to advance to the next round, the Provincial competition in Port Elizabeth.

The winning team this year were also our winners last year and although their bridge carried slightly less than last year, due to it being a very light bridge, it actually carried more times its own mass – 761 times to be exact!  Congratulations to Courtney Wilkinson, Caitlin Smith and Julia Lamprecht for again impressing us with their wonderful teamwork and great design.  Their 111,7g bridge carried 85kg.  This team will sadly not be able to complete in Port Elizabeth this year due to the Matrics writing benchmarking tests for university placement.

Not to be outdone, the team consisting of Johan Hay, Gerard Beukes and Nico Hespeler also carried 85kg, which was 634 times its own mass.  The third place was taken by the Grade 11 team of Sven Botha, Shaun Riley and Dale de Gouveia.  Their bridge carried an impressive 70kg at 512 times its own mass.

Students always look forward to this annual event, which has garnered much support from both teachers and students within Oakhill. All students thoroughly enjoy watching the bridges each year, weighing about the size of a chocolate slab, yet carrying the mass of most of the audience members in the crowd!

Not only is it great fun to participate in and watch, but the Head of the Science at Oakhill explains how useful this skill could be in your future: “It teaches hands-on skills, which is scarce in our curriculum as we do not do technical subjects. Not only does it encourage out-of-the-box thinking but also requires working under pressure and time constraints and teamwork.  Certain faculties at universities value it if you have it on your CV as it proves that you have good project management and time management skills.”

To see all the photos, visit the galleries below on our Oakhill facebook page: